Home / World / Convicted IS helper wants to stay in Aachen 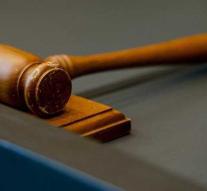 aken - A convicted IS helper went to court to prevent expulsion from Germany. The court in Aachen confirmed this on Tuesday. The 42-year-old Tunisian was sentenced to five and a half years in prison in June 2016 for carrying out hand and sports services for the terrorist organization Islamic State.

The Aachen authorities have decided to expel the man when he is released because he is a threat to public order. According to local newspapers, his lawyer said that the population has nothing to fear. The Tunisian is refined and no longer dangerous.

The North African applied for asylum in Germany under a false identity. It was rejected, but he always managed to prevent expulsion. Meanwhile, he was guilty of channeling jihadists who wanted to join IS.