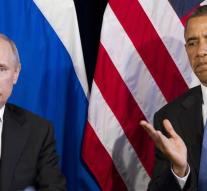 hangzhou - US President Barack Obama and his Russian counterpart Vladimir Putin on Monday on the sidelines of the economic summit of the G20 in the Chinese Hangzhou come together for a discussion.

Earlier it was announced that consultations between the Foreign Ministers Sergey Lavrov and John Kerry had not resulted in agreement on Syria.

The two diplomats sought a cease-fire to be established between the government of Syrian President Bashar al-Assad and moderate rebel groups to allow humanitarian aid to hundreds of thousands of civilians.

US diplomats will not say on which points consensus has not happened.