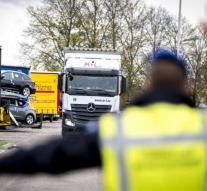 brussels - Austria, Germany, Denmark, Sweden and Norway may continue to monitor parts of their internal borders until mid November. The EU Member States agreed in majority on Thursday.

The controls began in 2015 and have since been extended. This exception to the free movement of persons in the Schengen area was allowed due to the large migrant flow from Greece. That country still has its asylum system still out of order.

The European Commission stated last week that it is the last extension and Member States have to reduce (passport) controls. Police controls in border regions, camera surveillance on car traffic and patrols in international trains would be more effective.