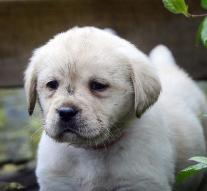 yulin - A controversial festival for trade in dog meat started Wednesday in the Chinese city of Yulin, despite earlier rumors that it would be abolished. That reported the South China Morning Post. The Lychee and Dog meat festival takes place every year in Guangxi province.

The sale of dog meat and the images of dogs bungling on meat hooks call internationally a lot of refuges. In previous years, markets were often triggered when activists tried to save dogs before they were slaughtered.

The consumption of dog meat is not prohibited in China. Opponents say that the animals are often transported under terrible conditions and that they are often stolen pets.

The municipality of Yulin claims that she does not organize and can not ban the festival. However, in order to prevent demonstrations, the slaughter of the dogs is prohibited in public.

According to opponents, 10,000 dogs are killed and eaten during the ten-day festival.