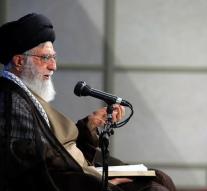 teheran - Iranian Foreign Minister Mohamed Jawad Sharif will discuss in New York next week about the future of the Vienna nuclear convention in 2015.

That treaty between Iran on the one hand and the United States, Russia, China, France, Great Britain and Germany, on the other hand, had to remove the concern of the international community over an Iranian nuclear bomb.

The talks with foreign ministers of the five UN countries with the right to veto, Germany and EU foreign minister Federica Mogherini are scheduled for Wednesday at the UN General Assembly, the Iranian press office ISNA reported on Saturday. It's Sharif's first meeting with US Secretary of State Rex Tillerson.

Background to the talks is the US Government's criticism of the agreement, as well as efforts to tighten the deal.