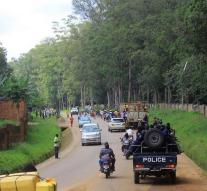 - The government of Congo wants foreign news media will prohibit broadcasting in the country. Among others, the BBC and Deutsche Welle are thereby affected. The foreign media have emerged as a voice for the opposition, said Minister of Communication Lambert Mende.

In the sequel, the transmitters may bring news only when they must use local media. Besides the BBC and Deutsche Welle are also French RFI radio station and television channel TV 5 Monde affected.

The opposition gets to the foreign media attention than the tightly controlled state broadcaster. The opposition wants President Joseph Kabila of the scene disappears. His term ends just before Christmas, but he does not plan to relinquish power.