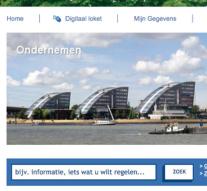 - has long eighteen months a confidential mailing list appeared on the website of the municipality of Capelle aan den IJssel who was for all to see. On the list were 872 addresses and names of people that use may be illegal under the municipality.

The municipality is informed Tuesday about the data breach. The list has been removed and those involved on Wednesday received a letter of apology. A spokeswoman explained that the list is posted by a human error on the site.

The vulnerability has been reported in the Personal Authority.