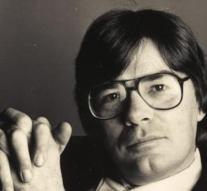 hamburg - Jeffrey Tate, chief conductor of Symphoniker Hamburg, died at the age of 74. The British suffered a heart attack on Friday in Bergamo.

That released the Hamburg symphony orchestra on Friday. Sir Jeffrey Philip Tate was Chief Director of the Rotterdam Philharmonic Orchestra between 1991 and 1995. He had been the head chef in Hamburg since 2009.