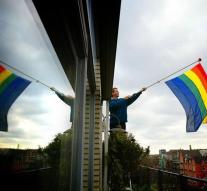 - Gay men, who at the time were convicted in Germany on the basis of section 175, may face a compensation of thousands of euros. The Ministry of Justice has completed a draft and submitted Friday for approval by the government. A majority in parliament had last summer already know to want to compensate gay punished for the inflicted suffering.

The proposal provides for an amount of 3,000 euros for every 1,500 euros per year and forced spent in prison. Justice estimates that it is about five thousand victims. The financial compensation is a total of 30 million euros.

Section 175 tightened still heavily in the war by the Nazis, banned gay sex and was adjusted in 1969 until 1994 in reunited Germany completely removed from the Criminal Code. In the GDR were gay men no longer prosecuted since 1968.