Home / World / Concerns in Germany and Israel for 'Heil Trump ' 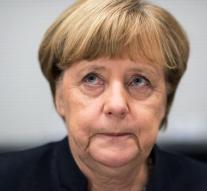 - The German government of Chancellor Angela Merkel is concerned that racism has been fueled in the US by the election of Donald Trump as the new president. Germany and Israel are shocked by a video showing 'Heil Trump' is called.

The video seen circulating on the Internet shows a speaker who 'Heil Trump 'calls for a meeting for the neo-Nazi alt-right movement. The public cry soon took over and while some also made a Nazi salute.

The German government has to attend any official response but a close associate of Merkel in question describes the video as ' abhorrent and worrisome. '

Yair Lapid, a member of the Israeli Committee for Foreign Affairs and Defence, says the morbid images and unacceptable. ' One of the biggest mistakes ever made mankind was the failure in the early recognition and combating the threat of fascism, 'he said. ' We can not allow history to repeat itself.'

The leader of the anti-Semitic movement, Richard Spencer, said in the online video which America ' the whites 'and that critics of his movement ' the vilest creatures ever be.'

David Harris of the American Jewish Committee (AJC) in New York found that the election has caused a wave of anti-Semitism which is unprecedented. ' Trump should make it crystal clear that he is the president of all Americans and that he is the alt-right and where it condemns stands strong. '\n  \n  \n   advertisement

In an interview with the New York Times condemned Trump reunion alt-right with the following words: ' I condemn them. I reject and condemn it. '