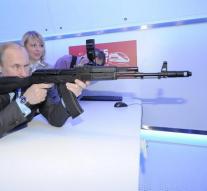 brussels - Within NATO to take care about the aggression that Russia is marching on the world stage. 'It is very, very worrying,' said a NATO source. 'What is happening now has elements in it from a Cold War.'

The concerns are the result of years of provocations from the Russians. This week, Moscow put Iskander missiles in the Kaliningrad enclave on the Baltic Sea, while Vladimir Putin visiting his counterpart Francois Hollande in Paris for the same Syria eleventh hour.

Amid the anti-Western war language that swells further daily in Russia, Muscovites are now collecting money called for in their porches for building atomic shelters.