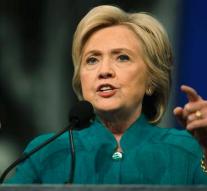 - The computer used was hacked for the election campaign of US presidential candidate Hillary Clinton. It is part of the large-scale cyber attack that carried out strangers on the Democratic political organization.

Experts in this field have confirmed to Reuters.

The last burglary followed two earlier. The hackers already afforded access to the computer system of the Democratic National Committee and the committee that raises funds for the party on behalf of the candidates for the House of Representatives.


It is unclear what information the hackers obtained. The Justice Department is investigating how these cyber attack on the Democrats constitute a threat to national security.