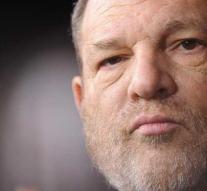 los angeles - Film studio The Weinstein Company has filed for bankruptcy on Monday. The company succumbed to the accusations of sexual abuse at the address of CEO Harvey Weinstein.

The studio was looking for a buyer or investor in recent months. A group of investors was prepared to deposit $ 500 million for parts of the company, but sales ceased at the beginning of this month due to 'disappointing information' in the accounts.

The brothers Harvey and Bob Weinstein founded The Weinstein Company in 2005 after they sold their Miramax studio to Disney. The biggest successes of the studio were Django Unchained, The King's Speech and Silver Linings Playbook. The company also produced television programs such as Project Runway and Marco Polo.

Harvey Weinstein is accused by dozens of women of sexual abuse, ranging from intimidation to rape. He was expelled from the company, but the Attorney General of the State of New York filed a lawsuit against the film studio. The company would have failed to protect employees against the former director.