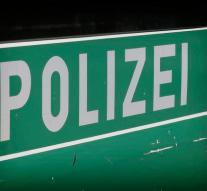 - "An estimated eighty residents of the East German Bautzen Wednesday collided with approximately twenty young asylum seekers. Police in the city announced Thursday that the two groups reviled each other in a square, but also were attacked. It is thrown bottles and shelves."

"The police separated by about a hundred men and chased the two groups using batons and pepper spray. The asylum seekers were up at the shelter chased by predators. Therefore, the police monitored the refugee center. A North African was injured and could only be transported to the hospital with police protection. How he came to the injuries is not clear. Mayor Alexander Ahrens has made the deployment of more police and other preventative measures in anticipation."