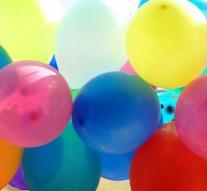 - Two women in the southern German city of Freiburg, respectively 60 and 62 years had a collision with their cars were found to have the same birthday. The coincidence was even more remarkable when rushed police sent an officer who also turned out to be that day.

The police in Freiburg did not say which three women day his birthday. The accident, whose cause was unclear, ended peacefully with mutual congratulations.