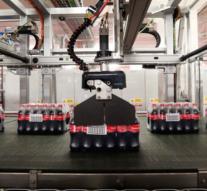 - the police have a lot of definitely 350 kilos of cocaine seized in a Coca-Cola factory in the south of France. It involves one of the largest drug seizures this year in France, according to French media on Wednesday.

The packets of drugs were discovered Friday when unloading a container that was delivered to the site of the factory in Signes north of Toulon. The container with paper only concentrate fruit juice, was from Costa Rica. The cocaine has a street value estimated at about 50 million.

The boss of the factory,, spoke of a very nasty surprise. ' Preliminary investigation shows that no one has anything to do with the drugs do among the employees of the factory.