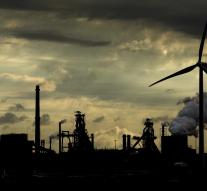 - Saturday the climate treaty that was adopted at the UN climate summit in Paris, is considered a historic treaty. It is the first time that the climate will apply throughout the world.

The first climate convention was signed in 1992 during the Earth Summit in Rio de Janeiro. The aim of the agreement is to reduce greenhouse gas emissions, to climate change to a halt. The treaty, which was approved and ratified by 196 nations, came into force in 1994.

Since the first convention is held each year a climate summit, with varying results. A milestone was reached in 1997 at the meeting in Japan. Since the so-called Kyoto Protocol was drafted. In that agreement it was agreed that countries achieve not necessarily themselves having to reduce their climate emissions targets, but part of it may also realize abroad (ETS). Also suggestions were made ​​as to how the reduction might come about. Collectively, they should come to an emission reduction of 5 percent compared to 1990. The years after the Kyoto protocol was further developed.

The 2009 climate conference in Copenhagen was seen as a failure. The intention was to hard to reach legally binding agreements but could not as large countries like the US did not want to commit to reducing their CO2 emissions. However, it was agreed that the earth with no more than two degrees may warm up, a value that Saturday was tightened further in Paris. The aim is now to up to 1.5 degrees.

In 2011, the countries agreed in Durban (South Africa) agreed that they would come to a binding agreement in 2015. Last year they came to the UN Climate Summit in Lima (Peru) agreed that all countries in March 2015 had to indicate how much they think of reducing their emissions.