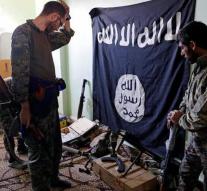 beirut - All Islamic State (IS) warriors left in Raqqa must leave that Syrian city on Saturday night. They take about four hundred citizens as human shields.

That said Omar Alloush, a member of the Raqqa Civil Council, established to control the city after the departure of IS.

Raqqa was actually the capital of the area that IS owned. After a heavy battle in which a large part of the city has been destroyed, Raqqa is about to fall.

In order to prevent further destruction and loss of human life, local leaders try to get the remaining jihadists to leave the city, if necessary with civilians as shields. Once they are from Raqqa, citizens must be released, Alloush said.