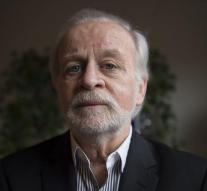 spokane - Two former senior employees of the CIA must give an explanation under oath in a civil case about brutal interrogations by the secret service. A federal judge has determined that a procedure initiated by the civil rights organization America Civil Liberties Union (ACLU).

The decision brings Jose Rodriguez in court. He was the head of the center for the CIA counterterrorism after the attacks of 11 September 2001. The second CIA employee who should be accountable John Rizzo, former general counsel, writes The Washington Post.

After interrogation methods the CIA terror suspects were known, which were generally characterized as torture. The ACLU represents three former prisoners of the secret service in civil proceedings against CIA psychologists who were also involved in the implementation of the so-called waterboarding on al-Qaeda suspects.

President Obama seized in 2009 and ended the controversial interrogation method, which is described as simulating drowning.