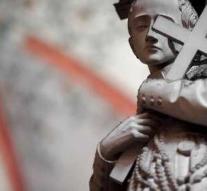 houston - Leaders of the Catholic Church in Texas have announced the names of nearly three hundred priests suspected of sexual abuse.

Cardinal Daniel DiNardo of the Galveston-Houston diocese called the release of the names 'the only right thing to do'. The abuse goes back to the middle of the last century. A number of the accused priests have since passed away.