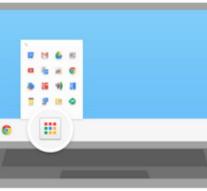 - Google will stop supporting Chrome apps on Windows, MacOS and Linux. According to the company within its apps no longer need a web browser with improved web technologies, reports VentureBeat.

Those who use Chrome apps, according to Google about 1 percent of all Chrome users, still has some time to say goodbye to his or her apps. Only in early 2018 Google stops support. Until then, references to apps gradually removed. So after the makeover is the Chrome Web Store will soon complete overhaul and comes to the emphasis of the store on themes and extensions.

On the Chrome browser based operating system ChromeOS gets an exception. remain on that platform Chrome apps supported. At first sight strange choice since ChromeOS nowadays can run Android apps. Google says it will let developers what kind of apps they want.