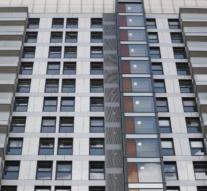 london - A Christian girl who was forced to be in a Muslim foster family has to return from court to her own family.

That has been decided by the judge after a storm of protest in England.

The 5-year-old girl was placed twice in the presence of child protection workers at an Islamic family in Tower Hamlets, East London.

The foster parents put on her all kinds of limitations. For example, if she did not eat spaghetti carbonara and was encouraged to learn Arabic. Her caregivers also spoke barely English. According to The Times, she was trained that Christmas and Easter are 'stupid' and that European women are 'stupid' and 'alcoholic'.

Judge Khatun Sapnara, according to English media, himself a Muslim, has now ruled that the girl's grandma must provisionally take care of her. He also determined that there should be an investigation into why she was placed with these families.