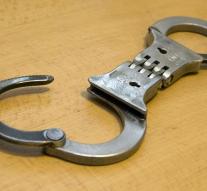 peking - Two members of the Chinese Communist Party were fired because they would engage in 'superstition.' The two would use spells to promote. There are also courses of geomantics, a prediction, followed by business travel, Chinese media media reported on Friday.

In officially atheist China, members of the communist party are not supposed to depend on a religion. The government is particularly concerned with its own party members who engage in superstitions and folklore.

According to state agency Xinhua, one of the former government officials has been on five feng shui courses since 2008. Those courses, about 6700 euros per class, declared him as 'business expenses'. He also earned himself over 600 euros a year, giving feng-shui courses.

The other would have paid people to set up an altar and spell out enchantments that would give him a promotion. He paid about 1250 euros per enchantment.

Both are out of the party and will be further investigated on China's criminal activities.