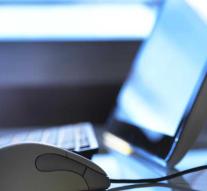 washington - Chinese hackers have broken into the computers of a company that works for the US Navy. As a result, sensitive information has been captured, including plans for a supersonic torpedo that can be fired from submarines on enemy ships. The system should be operational by 2020. The Washington Post writes this Friday.

The paper has heard from government officials that the computer hackers have struck in January and February with a contractor from the Naval Undersea Warfare Center, a military organization with headquarters in Newport, Rhode Island. It does research and develops things for submarines and warfare under water.

The name of the hacked company has not been disclosed. Well that 614 gigabytes of info has been copied about a secret project known as Sea Dragon. At the request of the Defense organization, The Post has not published everything it has learned in the interests of national security.