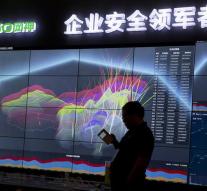 - China's parliament on Monday passed a bill to get more grip on the internet. The law, which comes into force in June 2017, would be required to growing threats such as hacking and terrorism, to cope.

Critics argue that the law further tighten restrictions on the Internet in China. Abroad, says the criticism that exclude foreign companies from different sectors. They also need technical support ' '' offer to save Chinese security and personal information and corporate data on servers in China.

Yang Heqing of the Standing Committee of the National People's Congress said that national security and China's development is closely linked to the Internet. ' As internet and power as one of the countries that have to do with setting the biggest security risks of the Internet, China needs urgent legal framework for network security and perfect, '' he said.