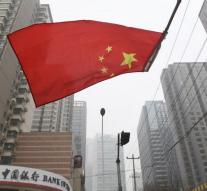 beijing - Threatening language from China. This country requires a 'secure and verifiable '' Internet and want ' key information products and services '' by Chinese and foreign companies only allow the market if it appears from an inspection that they are safe. China ' will do everything to protect the security of the country and its citizens. ' The Chinese state organization cyberspace let it know on Tuesday.

Thereby not closing the land use of the army. is common in the report that the Chinese authorities 'use' economic, administrative, scientific, legal, diplomatic and military '' means.

China took in November an extensive cyber security law to which working website administrators are forced into China along with police investigations and to make available, in some cases, source codes and code keys. For technologies used by the government, major industries and the Communist Party is still subject to stricter rules.

More global cooperation to avoid a cyber war, according to China also desirable. '' China wants to open a cyber-environment, but also safe. ''