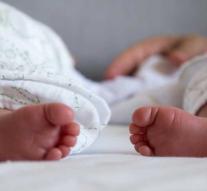 beijing - The Chinese government has ordered 'immediate investigation' to a Chinese scientist who claims to be responsible for the birth of the first genetically engineered babies in the world. The authorities are going to see whether the case is legally sound, according to a statement from the National Health Council.

On Monday, when he announced the birth of the babies, the researcher He Jiankui got worldwide outrage and disapproval of scientists and ethicists. 'Two beautiful little Chinese girls named Lulu and Nana were born a few weeks ago, crying and just as healthy as any other baby,' he had announced via a video on YouTube.