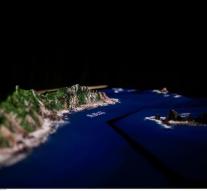 - Chinese Ambassador to Japan on Tuesday again emphasized that some disputed islands in the East China Sea completely belong to China. According to him, the conflict between the two countries be resolved through diplomacy and talks.

,, The Diaoyu is Chinese territory. It is therefore logical that Chinese ships sail ', the ambassador said after a meeting with the Japanese Minister of Foreign Affairs.

The Japanese government had the Chinese ambassador summoned. China drives the tensions to a head by the arrival of fishermen and the Coast Guard to the Senkaku archipelago, they would have understood the envoy. Tokyo demanded that Beijing immediately return calls vessels.


Japan and China both claim the uninhabited islands, which Japan calls the Senkaku and China the Diaoyu.