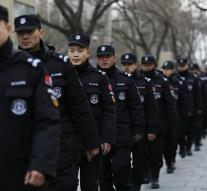 - China enforces a French journalist to leave the country because she had delivered a message criticizing the way Beijing handles the minority Uighurs. The employer of journalist Ursula Gauthier, the weekly magazine L'Obs, has stated that.

Gauthier must for December 31 to leave China because her visa expired and press card. She has been told by the authorities that they are not renewed because she has supported in its actions posts of Uighurs. China considers such actions as terrorist violence.

The French journalist reported late last month that China used the attacks of Paris as an excuse to repress Uighurs in the Xinjiang region.