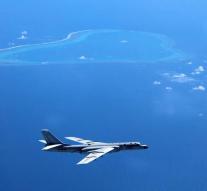 - China refuses to talk to the Philippines on the ruling of the Permanent Court of Arbitration in The Hague. That said, the Philippine Foreign Minister Perfecto Yasay, who spoke his Chinese counterpart at an international summit.

The Court of Arbitration dismissed earlier this month China's claims to much of the South China Sea. The country claims nearly the entire sea, even reefs that lie near the Philippine coast. China then had managed to lay down the ruling side.

That the verdict is still sensitive, discovered minister Yasay. His Chinese counterpart Wang Yi offered to introduce him to bilateral talks. Condition was that Manila is taking should not rely on the judgment of the court. Since then Yasay was not interested because it would not be in the interest of his country.