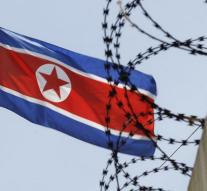 peking - The Chinese Ministry of Commerce has issued a ban on imports of a number of products from North Korea on Tuesday. These include coal, iron ore, ore, lead and seafood. The Chinese step is in line with the sanctions announced by the United Nations earlier this month.

The measure is a punishment for the two missile tests carried out by Pyongyang in July.

The sanctions on which the UN Security Council decided on 6 August should be implemented no later than 30 days after the resolution was adopted.

The Chinese government announced that there is already a load of goods on its way to China. This will, as usual, pass customs before the deadline expires.