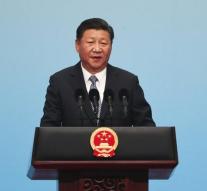 peking - China has fought North Korea to stop its 'wrong' actions and adhere to resolutions of the United Nations Security Council. The Beijing Foreign Ministry issued a statement on Sunday after North Korea had informed a successful trial of a hydrogen bomb. The nuclear weapon would be suitable for being placed on an intercontinental missile.

South Korea says that the North Korean nuclear test deserves the 'strongest possible' response. The Seoul Government calls for new sanctions from the Security Council to completely isolate Pyongyang. 'In addition, South Korea has talked to the US about the deployment of US strategic resources on the Korean peninsula.