Home / World / Chile has to give 4 million to Pinochet plots 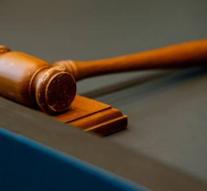 santiago - Chile has to repay the inheritance of former dictator Augusto Pinochet (1915-2006) about 4.4 million euros, so a judge has decided in the South American country. In 2004, an investigation into the eclipse of government funds was seized by Pinochet on land, cars and secret bank assets.

According to the Chilean media, the court has ruled that the money must be returned to Pinochet's survivors because the 'suspected perpetrator is deceased.' This means the court of the old dictator died in 2006 at the age of 91.

Whether the money and possessions really go back is just the question. An appeal can still be lodged against the decision. According to Chilean media, Pinochet had a capital of 20 million euros, of which only 2 million euros were legally obtained.