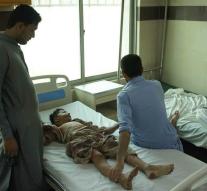 islamabad - Six children died in a northwestern Pakistan village when they saw explosives for toys. Two other youngsters were injured by the incident in the South Waziristan region, announcing Pakistani media.

One relative of one of the victims said the children were playing when they picked up the explosive, which seemed to be very like toys. Four children died after the explosion on the spot, two others died later. The government promised that victims' families do not have to pay for medical expenses.

The region was already quarried by a similar incident on Saturday. Then two children died from a nearby village after they had walked on a landmine while playing. According to the authorities, since 316, 31 people in South Waziristan have been killed or infected by improvised explosives.