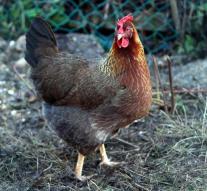 - A group of scientists from Sweden and Ethiopia have discovered that mosquitoes do not like chicken smell. The scientists published their findings in the journal Malaria Journal, which focuses specifically on research into malaria.

Possibly, a spray of chickens odor in the future, serve as a repellent. There is no effective vaccine against malaria still exists. Last year died according to the UN nearly 400 000 people in Africa to the infectious disease.