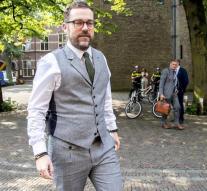 the hague - Persecuted gays from the Russian part of Chechnya are more likely to be eligible for asylum in our country. In Chechnya, there is 'systematic persecution' of gays, states Secretary of State Klaas Dijkhoff (Security and Justice) to the Lower House.

Political activists and other people from the country who are critically critical of government policy can also count on a residence permit. Dijkhoff came to his decision on the basis of a statement from the Ministry of Foreign Affairs last month.

Five Foreign Ministers of the European Union, including Bert Koenders, called in a letter in May to end the Russian government's end to the persecution in Chechnya.