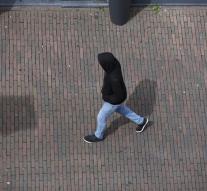 amsterdam - The security service AIVD, Minister Edith Schippers of Health and WhatsApp are the biggest violators of privacy in the Netherlands, says civil rights organization Bits of Freedom. The three were nominated for a Big Brother Awards.

The AIVD has been nominated as head rob bertholee wants to restrict encryption. In an interview with the Times, he said: ' Would people seeking privacy as the highest aim to pursue just as excited as they are victims of an attack '' That he handles privacy and security as opposites, thus Bits of Freedom?.

WhatsApp is data of its users, totaling more than a billion people, sharing with parent company Facebook. Edith Schippers can win the award because she wants to give insurers more opportunities to view customers' medical data.

The winner will be announced on 14 November in Amsterdam. Bits of Freedom has an 'expert price' for privacy violations that receive less attention. Next week will be known who can win that prize. There is also a prize for the biggest advocate for privacy.

The Big Brother Awards went last year to minister Ronald Plasterk (Interior) for its afluisterwet. The police received the prize for expert predictive policing ', by predicting the basis of information which if it can go wrong and those who will be the victim.