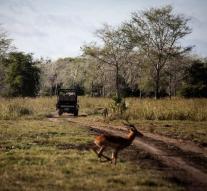 - Certainly 73 people Thursday in Mozambique killed by an overturned tanker exploded. The victims were among the people who wanted to get fuel from the tanker plane after it had crashed but not burned yet.

The blast was near the border with neighboring Malawi. The truck was en route from Malawi to the port of Beira. Over a hundred people were injured.