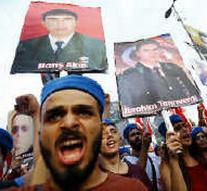 ankara - Certainly 68 fighters of the Kurdish PKK are slain in the last four days in southeastern Turkey. That is what the authorities said Saturday.

Most PKK fighters were killed in the village Cizre, reports Turkish news agency Anadolu. On the Turkish side, two soldiers were killed.

The PKK, which is a terrorist organization by the United States and the European Union, resumed in July the struggle against Turkey. According to numbers from the government in Ankara since 1700 PKK and 200 Turkish soldiers died.