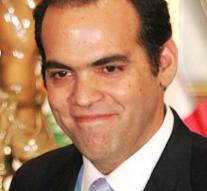 - Fernando Zavala, the CEO of the largest brewery in Peru, will be the new prime minister of the South American country.

In an interview on the radio station RPP Kuczynski praised the 45-year-old economist Zavala. He called it very suitable as prime minister because of his vast experience in the field of financial management, anti-trust legislation and the private sector. 'He has broad knowledge of what is happening in Peru and know how it works public administration, '' said the president.,, He is considered to be objective. I think his presence will be very positive. ''


Zavala would anyway leave the beverage industry because the company which he led, was taken over by Anheuser-Busch InBev. He said on Twitter the premiership to be honored and promised to endeavor to make Peru a better country.