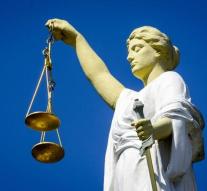 london - A woman who swung her newborn baby from a window has been convicted in Britain for a decade of cell.

According to the BBC, she was blamed for attempted murder.

The infant was found in April last year outside a house in Shrewsbury. The 32-year-old mother had the child carried in a toilet, stuffed in a plastic bag and thrown out. The girl survived the fall, but seriously injured herself. She has been transferred to the local authorities.

The child allegedly told the woman to the father, with whom she had no relationship at that point. The mother, according to local newspaper Shropshire Star, discovered that the man had an alias and another family. Her lawyer claimed during the lawsuit that his client was 'naive and socially immature. '