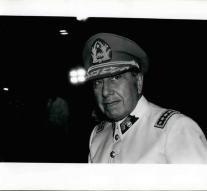 - Seven retired Chilean soldiers are still convicted of the murder of political prisoners during the military dictatorship in the seventies. A colonel and a major were out of service for life, five others ten to fifteen years in prison.

The court considered it proven that the convicts in 1973, eleven prisoners tortured and killed in the northern Chilean port city of Pisagua, Chile's state broadcaster reported. While right-wing reign of General Augusto Pinochet who ruled the roost from 1973 to 1990 in Chile, according to official figures, approximately 40 000 people have been arrested and tortured. Around 3,000 people were killed.