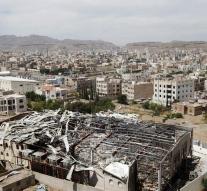 - The United Nations announced Monday that there is an agreement for a cease-fire of 72 hours in Yemen. The file needs to Wednesday, October 19th at 23:59 pm local time entering.

The UN special envoy Ismail Ould Sheikh Ahmed has all the warring parties received assurances that they lay down their arms for at least 72 hours, with the possibility of an extension.

Monday was President Abd-Rabbu Mansour of Yemen already agreed to the proposed truce, but had not yet responded to the rebellious Houthis.

The mediator of the UN further recalled that all parties to the cease-fire will hear the unhindered passage of relief supplies.