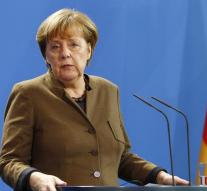 - The German ruling party CDU fears that the election campaign will be engineered next year by false reports on the Internet, with the aim of damaging and overthrow of Chancellor Angela Merkel.

Leader Michael Grosse-Brömer named Vladimir Putin as a potential creator of such an action because the Russian President not like that Merkel is so critical attitude to Moscow.

Politicians from the CDU and CSU pleaded Tuesday for tougher action against online distribution of fake news. They want to connect, if necessary criminal consequences to this. Details were not given.

Spreading fake news through social media, according to some critics have played a role in the choice of Donald Trump in the US presidential election.