Home / World / CBS: This is the shooter 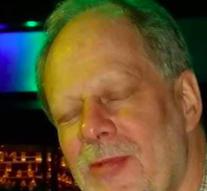 las vegas - The shooter who shot at least fifty people and caused 200 victims on the world-famous strip in Las Vegas, is 64-year-old Stephen Paddock. That has confirmed the US police against CBS, among others. Other media also report that he is the shooter.

The man has killed himself. It is also clear that the man had the disposal of ten weapons. He acted alone and did not have a terrorist motive.

The man would have taken his trip to Mandalay Bay on Thursday, from which he opened the fire on a music festival's Sunday evening (local time). The shooter is found in a hotel room on the 31st floor of the hotel.