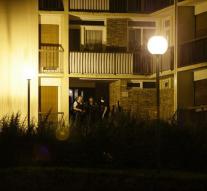 - "In Paris on Wednesday picked up a fifteen year old boy who is suspected of plotting an attack. French media reported that agents of the intelligence service DGSI him arrested early in the morning, because he would like to sow with a pointed weapon of death and destruction and would have had contact with the French jihadist Rachid Kassim, who resides in Syria since 2012."

"Saturday, the police arrested in Paris even though a boy of fifteen on. He would have been about to commit a suicide assassination attempt."