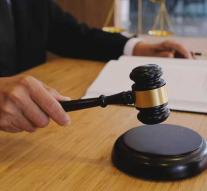 canberra - A Catholic brother (80) who used to abuse children in his thirties still has to go to prison in Australia. A court sentenced Gerard McNamara to a prison sentence of nine months, message broadcaster ABC.

McNamara has admitted that he, as headmaster in the city of Traralgon, was guilty of fornication. The man abused boys between the ages of twelve and fifteen while giving them 'sports massages' in a shed. 'Every child knew what was going to happen if you had to go to that room,' a victim told the court.

The then headmaster would have abused one of his victims thirty times. The man had already been convicted twice for sexual abuse, but then always received conditional sentences. He is now disappearing behind the bars. The judge concluded that McNamara was guilty of 'repulsive and disgusting' behavior.

Several victims told the court that they are still suffering the consequences of the abuse. They suffer from, among other things, depression and posttraumatic stress complaints. An advocacy organization calls the final imprisonment for the abuse 'ridiculous' mild.