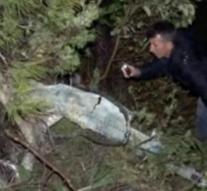 istanbul - A Syrian combat pilot has returned from Turkey to his home country. The man collapsed earlier this year with his device in that country. The Turkish authorities decided to prosecute him, including suspicion of espionage.

Pilot Mehmet Sufhan left Syria after a court had ordered a preliminary release on Friday. Turkish media report that the lawsuit continues, but it is unclear whether the military will return to stand trial.

The man was crashed in the Hatay border province in March. A search engine found the pilot and took him to a hospital where he was arrested later. The man's lawyer expressed the hope that his release is positive for the relationship between Turkey and Syria.