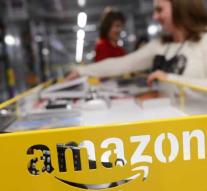 seattle - Amazon wants to open a store without cash register in New York. That reports techsite The Information. Amazon already has three such supermarkets in their home city of Seattle. In addition, there are branches of Amazon Go in Chicago and San Francisco.

Customers must install the Amazon Go app and scan a QR code at the entrance to the store. Sensors then register what people take from a shelf and put them in their basket. There are scales on the shelves, which check that someone does not steal an extra bottle of orange juice, for example. The cameras also register when someone puts something back. The messages are automatically tracked. When they leave, they have to scan their phone again at the gates and the final amount is automatically debited.

Amazon now also has competition. Standard Cognition, which deals with artificial intelligence, opened a cashless supermarket in San Francisco on Friday. Microsoft is also working on technology for this.