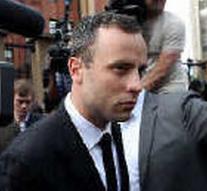 - Whether Oscar Pistorius in 2013 murdered his girlfriend Reeva Steenkamp, will be resubmitted to the court Tuesday. The Court of Appeal in Bloemfontein treats Tuesday the appeal brought by the Public Prosecutor.

The former Paralympic athlete (28) from South Africa last month could leave prison because he had served one-fifth of his sentence. The rest he may spend in house arrest. He received in 2014 the court five years for manslaughter. He killed his girlfriend with four shots through the door of the bathroom. Pistorius known to have shot, but said he thought there was a burglar behind the door. He was acquitted of murder.

The prosecution believes that he still behind bars for murder should disappear. The appeal takes one day. The decision could take weeks.